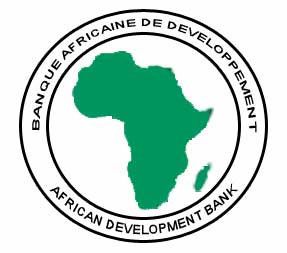 By 2060 three quarters of Africa's 2 billion-plus people will be cities and most countries will be "upper middle income", but economic growth will still lag Asia's, the African Development Bank (AfDB) said on Thursday.

The bank said in a report that under a best-case scenario African output would rise to $15 trillion in the next 50 years from $1.7 trillion now.

That projection, based on continent-wide average growth rates of 6 percent or more, would imply a trebling in annual per capita income to $5,600, the Tunis-based bank said, underscoring the attraction of Africa's largely untapped commercial markets.

Its worst-case view, based on annual growth of closer to 5 percent -- similar to current levels of expansion -- still resulted in average personal income of $5,000.

Such figures are impressive when stacked up alongside the anaemic projections being hammered out for developed economies but look pedestrian compared with the nearly 10 percent growth rates charted for the likes of China, India or Southeast Asia.

"While in recent years African growth rates have exceeded those of the world as a whole, they remain lower than in Asia's developing economies and this is unlikely to change in the coming decades," the report said.

Much of Africa's pacy growth since the millennium has been based on market liberalisation, high commodity prices and the spread of technologies like the mobile phone.

However in coming decades it is more likely to be driven by industrialisation and the swelling ranks of its urban workers.

By the middle of the century around 75 percent of Africa's 2.5 billion people will be of working age, the report suggested, providing a pool of labour that will dwarf anything on offer in the West or China.

"While western countries are shouldering the burden of ageing populations, Africa is the world's youngest continent," it said. "If it invests in education or training to develop the potential of its youth, Africa could become one of the most productive and dynamic of economies."

The report also noted the pressure that rapid population growth will put on infrastructure and political systems, saying that without massive investment it could well become a source of instability rather than prosperity.