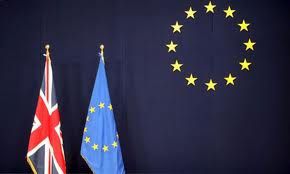 WE JOURNALISTS are probably too bleary-eyed after a sleepless night to understand the full significance of what has just happened in Brussels. What is clear is that after a long, hard and rancorous negotiation, at about 5am this morning the European Union split in a fundamental way.

In an effort to stabilise the euro zone, France, Germany and 21 other countries have decided to draft their own treaty to impose more central control over national budgets. Britain and three others have decided to stay out. In the coming weeks, Britain may find itself even more isolated. Sweden, the Czech Republic and Hungary want time to consult their parliaments and political parties before deciding on whether to join the new union-within-the-union.

So two decades to the day after the Maastricht Treaty was concluded, launching the process towards the single European currency, the EU's tectonic plates have slipped momentously along same the fault line that has always divided it—the English Channel.

Confronted by the financial crisis, the euro zone is having to integrate more deeply, with a consequent loss of national sovereignty to the EU (or some other central co-ordinating body); Britain, which had secured a formal opt-out from the euro, has decided to let them go their way.

Whether the agreement does anything to stabilise the euro is moot. The agreement is heavily tilted towards budget discipline and austerity. It does little to generate money in the short term to arrest the run on sovereigns, nor does it provide a longer-term perspective of jointly-issued bonds. Much will depend on how the European Central Bank responds in the coming days and weeks.

Some doubt remains over whether and how the "euro-plus" zone will have access to EU institutions—such as the European Commission, which conducts economic assessments and recommends action, and the European Court of Justice, which Germany hopes will ensure countries adopt proper balanced-budget rules—over Britain's objections.

But especially for France, on the brink of losing its AAA credit rating and now the junior partner to Germany, this is a famous political victory. President Nicolas Sarkozy had long favoured the creation of a smaller, "core" euro zone, without the awkward British, Scandinavians and eastern Europeans that generally pursue more liberal, market-oriented policies. And he has wanted the core run on an inter-governmental basis, ie by leaders rather than by supranational European institutions. This would allow France, and Mr Sarkozy in particular, to maximise its impact.

Mr Sarkozy made substantial progress on both fronts. The president tried not to gloat when he emerged at 5am to explain that an agreement endorsed by all 27 members of the EU had proved impossible because of British obstruction. “You cannot have an opt-out and then ask to participate in all the discussion about the euro that you did not want to have, and which you also criticised,” declared the French president.

With the entry next year of Croatia, which will sign its accession treaty today, the EU is still growing, said Mr Sarkozy. “The bigger Europe is, the less integrated it can be. That is an obvious truth.”

For Britain the benefit of the bargain in Brussels is far from clear. It took a good half-hour after the end of Mr Sarkozy's appearance for Mr Cameron to emerge and explain his action. The prime minister claimed he had taken a “tough decision but the right one” for British interests—particularly for its financial-services industry. In return for his agreement to change the EU treaties, Mr Cameron had wanted a number of safeguards for Britain. When he did not get them, he used his veto.


After much studied vagueness on his part about Britain's objectives, Mr Cameron's demand came down to a protocol that would ensure Britain would be given a veto on financial-services regulation (see PDF copy here). The British government has become convinced that the European Commission, usually a bastion of liberalism in Europe, has been issuing regulations hostile to the City of London under the influence of its French single-market commissioner, Michel Barnier. And yet strangely, given the accusation that Brussels was taking aim at the heart of the British economy, almost all of the new rules issued so far have been passed with British approval (albeit after much bitter backroom fighting). Tactically, too, it seemed odd to make a stand in defence of the financiers that politicians, both in Britain and across the rest of European, prefer to denounce.

Mr Cameron said he is “relaxed” about the separation. The EU has always been about multiple speeds; he was glad Britain had stayed out of the euro and out of the passport-free Schengen area. He said that life in the EU, particularly the single market, will continue as normal. “We wish them well as we want the euro zone to sort out its problems, to achieve stability and growth that all of Europe needs.” The drawn faces of senior officials seemed to say otherwise.

The 23 members of the new pact, if they act as a block, can outvote Britain. They are divided among themselves, of course. But their habit of working together and cutting deals will, inevitably, begin to weigh against Britain over time.

Mr Sarkozy and Angela Merkel, the German chancellor, have given notice of their desire for the euro zone to act in all the domains that would normally be the remit of all 27 members—for example, labour-market regulations and the corporate-tax base.

Britain may assume it will benefit from extra business for the City, should the euro zone ever pass a financial-transaction tax. But what if the new club starts imposing financial regulations among the 17 euro-zone members, or the 23 members of the euro-plus pact? That could begin to force euro-denominated transactions into the euro zone, say Paris or Frankfurt. Britain would, surely, have had more influence had the countries of the euro zone remained under an EU-wide system.

It says much about the dire state of the debate on Europe within Britain's Conservative party that, as Mr Cameron set out to Brussels, another Tory MP portentously invoked the memory of Neville Chamberlain, who infamously came back from Munich with empty assurances from Adolf Hitler. Mr Cameron may have made a grievous mistake with regard to Britain's long-term interest. But at least nobody can accuse him of returning from Brussels with a piece of paper in his hand.