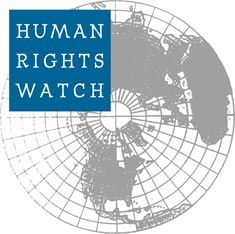 Three West African states — Liberia, Sierra Leone and Cote d’Ivoire — have emerged from civil war to fragile stability in the past few years. But a civil war is brewing in Guinea that may destroy those achievements and produce a humanitarian disaster.

When the country’s long-time dictator, Lansana Conte, died in 2008, it briefly looked like Guinea might transition relatively smoothly to elected government. That hope began to fade when Captain Moussa Dadis Camara, the leader of the military junta that had taken over, began to backtrack from the promise that he would not seek permanent power. It turned to nightmare on Sept. 28, when soldiers killed more than 150 demonstrators and raped scores of women.

There may be worse to come. In the month before that massacre, observers reported the recruitment of militias in Guinea’s isolated forest region, where elements of the badly fractured military leadership were training fighters for possible bids to seize power.

Many of these fighters are ex-combatants from the Liberian civil war, when Guinean militias helped overthrow Charles Taylor’s dictatorship. In its recruiting drive, the junta, some of whose members were deeply involved in that conflict, is reactivating the networks that fed West Africa’s recent wars.

Two days after the massacre, officials from the regional organization, Ecowas, told the International Crisis Group that international action was urgently needed to remove the military from power and hold early elections. Their fear was not only of a war that could spread like wildfire but also of the consequences of another power grab.

Only months before, the president of Niger overthrew his country’s Constitution and got away with it. Captain Camara and the Guinean military saw that and drew the conclusion that they could do likewise. If they now solidify their power, a half dozen leaders across Africa will be calculating their chances to do the same, Ecowas officials warned. We must not allow that to happen.

After the September massacre, Ecowas and the African Union began demanding that the military keep its promise to yield power to elected civilians and appointed President Blaise Compaoré of Burkina Faso to mediate the process.

The large majority of Guineans who insist they will not accept military rule have formed the Forces Vives, a coalition of political parties, unions and other elements of civil society. But Captain Camara and the junta will not go easily. Mr. Compaoré, a former soldier, coup leader and political godfather of Charles Taylor, is not the most reliable man to preach democracy and civilian rule.

An attempt to replace Captain Camara, who gives signs of mental instability, with another general, even temporarily, could fracture the military’s unity and bring the militias out of their forest camps with guns blazing. The Forces Vives understandably will not accept a junta offer or a Compaoré proposal of a “national union” government the military would inevitably dominate.

What is needed quickly is broad international support for the good intentions of Ecowas and the African Union. The Compaoré mission should accept U.N. offers of mediation support and stick to the region’s initial objective: managing the junta’s withdrawal from power. The U.S., with a major investment in a stable Liberia, should supplement its diplomatic backing for that effort by delegating a senior military officer to speak general-to-general with the junta.

The junta has abused Russia’s major bauxite investment to the point that Moscow recognizes the junta equals chaos, and is cooperating with the Africans. Immediately after the September massacre, the junta announced a $7 billion Chinese investment. Details of the deal with the Hong Kong-based company remain murky, and there are clear signs Beijing is skeptical that its interests would be served by Captain Camara. In any case, it should make sure no Chinese company props up the junta.

The elements of an unusually unified international approach — a transitional administration for no more than six months to prepare civilian elections — thus exist. What is needed is high-level attention in the main capitals, both to keep the pressure on and to prepare an operational strategy.

That strategy needs to include incentives for the Guinean military to cooperate — incentives that involve legitimate roles under a civilian-led government. An early step should be to get an Ecowas political and military team on the ground in Guinea, to provide guarantees against another massacre and prepare the way for a group to safeguard elections. The alternative for quickly putting such a strategy in place is likely to be a new war from which all West Africa would suffer.