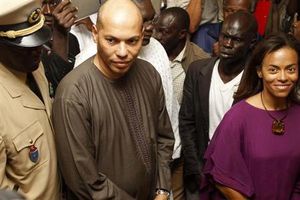 Senegalese prosecutors on Wednesday formally charged Karim Wade, the son of the West African nation's former president, with corruption and ordered him to be detained without bail, his lawyer told Reuters.

Wade, who was the most powerful figure in his father Abdoulaye Wade's government, was arrested this week on suspicion of illegally amassing $1.4 billion in assets via a network of shadowy holding companies.

"He has just been charged and will be detained," Demba Cire Bathily, Wade's lawyer, told Reuters.

The case brought has highlighted efforts by President Macky Sall, who defeated Abdoulaye Wade in a tense election last year, to crack down on corruption in the poor West African state.

Karim Wade simultaneously held the post of minister for infrastructure, international cooperation, energy and air transportation, with a total budget equivalent to one-third of state expenditure.

Prosecutors have accused Wade of having taken stakes in large sectors of the economy, including firms involved in managing Dakar's port, providing services at the current airport and building a second one outside the capital.

Prosecutors say the former minister has been linked to these firms through a complex web of offshore companies based in locations including Panama, the British Virgin Islands and Luxembourg.

Wade's lawyers have accused the new administration of a political witch hunt and claim they can lawfully account for all of his assets.