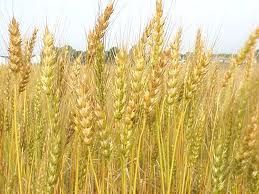 Global food prices rose to a fresh high in December, according to the UN's Food and Agricultural Organisation (FAO).

Its Food Price Index went above the previous record of 2008 that saw prices spark riots in several countries.

Soaring sugar, cereal and oil prices had driven the rise, the report said.

The index, which measures monthly price changes for a food basket composed of dairy, meat and sugar, cereals and oilseeds, averaged 214.7 points last month, up from 206 points in November.

However, despite high prices, FAO economist Abdolreza Abbassian said that many of the factors that triggered food riots in 2007 and 2008 - such as weak production in poor countries - were not currently present, reducing the risk of more turmoil.

But he added that "unpredictable weather" meant that grain prices could go much higher, which was "a concern".

And recent floods in Queensland, Australia are already beginning to hit prices of key exports - which are critical for food supplies to markets in Asia, particularly India, Bangladesh and Japan.

Australia has cut its forecast for sugar exports this year by 25% as flooding has reduced the sugar content of the cane, while wheat crops have also been hit.

The news came amid concerns about inflation in the prices of other key commodities.

The International Energy Agency (IEA) said on Wednesday that the current high price of oil would threaten economic recovery in 2011.

Oil import costs for countries in the Organisation for Economic Co-operation and Development had risen 30% in the past year to $790bn (£508bn), it said.

And copper prices went into 2011 at record highs - in a rally driven by increased demand from the global economic recovery and that fact that most countries are holding low stockpiles.