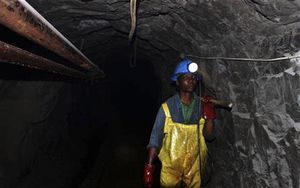 Zimbabwe has turned down a request by Impala Platinum, the world's second-biggest producer, to extend a deadline to hand over a 29.5 percent stake in its Zimplats unit to a state-run fund, according to a letter seen by Reuters on Wednesday.

Harare is expected to announce the fate of Implats' shareholding in Zimplats later on Wednesday after the two sides failed to agree on demands for the miner to surrender the stake, which is worth $310 million at current prices.

Zimbabwe's Youth and Empowerment ministry, which is leading a push for local blacks to take majority stakes in foreign firms, told Zimplats bosses in a March 2 letter that today's deadline would not slip.

"You are advised that your request for a 30-day extension has been rejected by the honourable minister and your company is expected to comply with the law as stated in our February 22 letter," the document said.

The two sides met on Friday and Monday but failed to break the deadlock, a government official said.

Although the two-week ultimatum falls due on Wednesday, it is not clear what Harare will do if Zimplats fails to comply. Under the southern African country's 'empowerment' laws, it could cancel Zimplats' mining licence or arrest its executives.

Zimplats has already handed over 21.5 percent of its shares to "local communities", a staff trust fund and a sovereign wealth group.